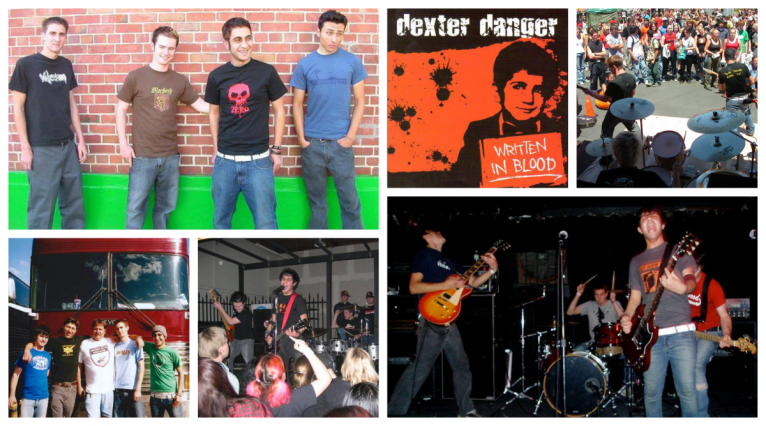 Our EP Written In Blood was released 16 years ago today! This release probably reached more people than any of our albums. We toured heavily for this EP and introduced Dexter Danger to the United States with multiple national tours. It was our first album sold in record stores (remember those?) across the U.S. and even Japan! Written In Blood was the torch that lit Dexter Danger’s trailblazing career. Thank you all for making this project possible and for your continued support almost two decades later. 🔥